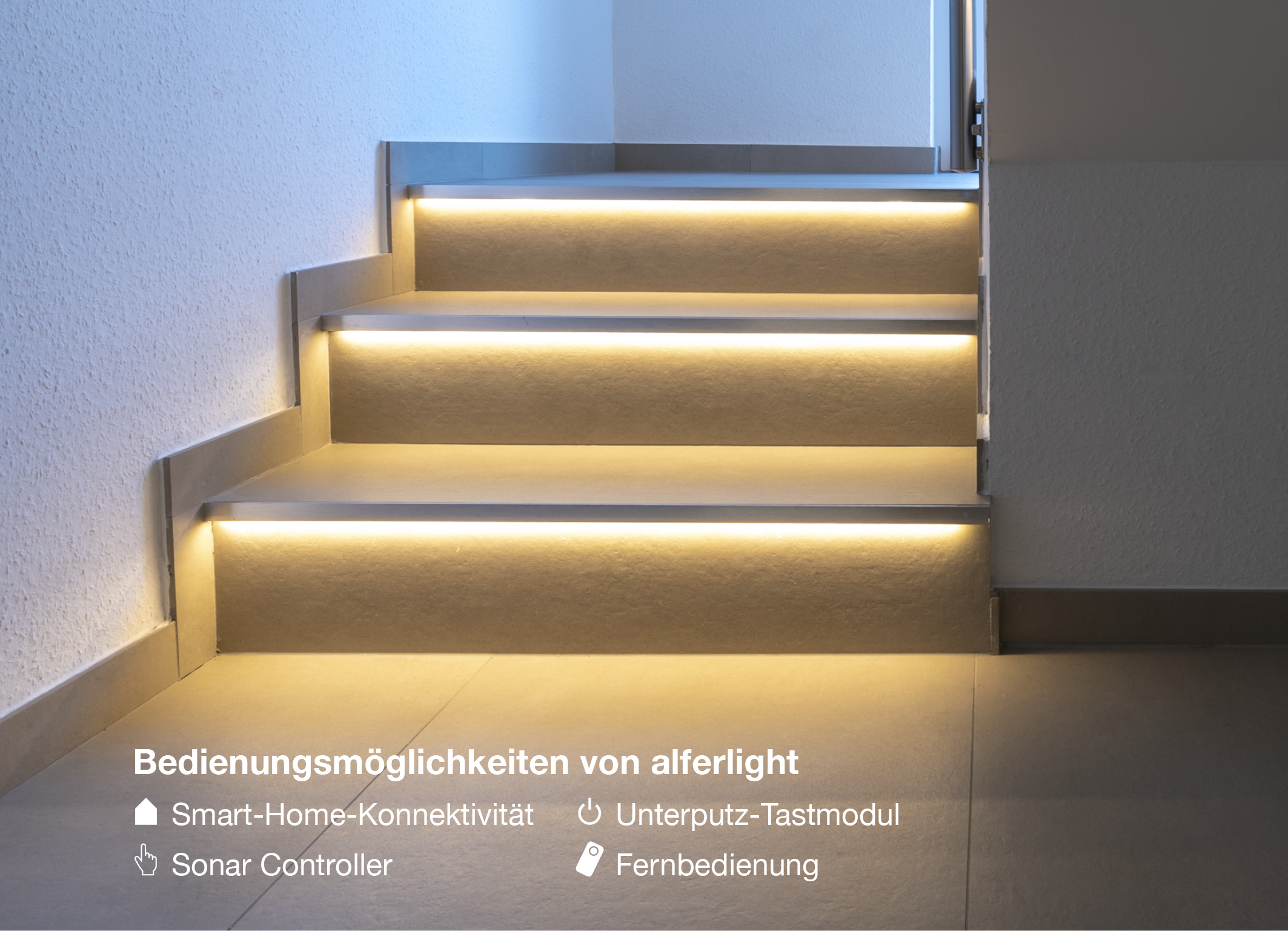 Within only 2 years since the market launch in 2017, the alferpro LED profile assortment has become a bestseller. At the Cersaie 2019 in Bologna, the professional brand for tile edging profiles and sealing systems presents some improvements and extensions of the successful alferlight assortment. One significant innovation is the integration of all operating and control functions into the common smart home systems of amazon and Google.

With the help of short voice commands such as “turn light on”, the LED profiles can be activated and functions such as light color and brightness can be set and adjusted via Alexa or the Google assistant. Furthermore, alferlight is compatible with the smart home radio standard Zigbee and the Philips Hue system. You can also use the system with the help of tools like the new designed remote control, a concealed keypad or a touch-controlled sonar controller which is invisibly installed in the wall or behind the tiles. The sonar controller is a learning system and adapts to the movements of its user.

LED profiles for outdoor use

Due to a huge demand, alferpro will launch LED profiles for outdoor use in 2020. Lead ways, entrance stairs and terrace edgings can be illuminated and stylishly set in scene with these profiles.

Another simplification of the quick to install plug & play system is the standardization of the plug connection that floor tilers can install without having any prior instruction. Whereas previously different connection systems were used for normal and dynamic LED stripes, the new assortment will contain only one consistent plug connection for both LED stripes. In addition to the lengths available so far (5 and 2,50 m), alferlight stripes will be available also in 1,5 m length.

In addition to all operating and control functions in the common smart home systems of amazon and Google, alferlight can be used with a concealed keypad, a touch-controlled sonar controller or a remote control. (photo: alferpro)

The remote controls are in a new, attractive design. (photo: alferpro)

The press text and high res photos are at your disposal on our press portal (http://www.presseportal.brandrevier.com/alferpro).